In 2012, Japanese Government made the decision to increase the use of renewable energy in Japan’s energy mix to reduce the Country’s reliance on nuclear power, increasing power supply target from renewable sources to about 35% by year 2030. The revised solar photovoltaic targets are 28 GW of capacity by 2020 and 53 GW by 2030.

All in all, Japan is one of the largest solar photovoltaic (PV) markets in the world today. It has a reliable and low-risk political and economic environment with an attractive Feed-in Tariff (FiT) program, recently reinforced with the publication of the new tariff for solar projects secured by March 31, 2015.

Until 2005, Japan had the largest installed photovoltaic (PV) capacity of any country in the world, with a cumulative installed power of 1.1 Gigawatts (GW) due to the residential PV systems and supportive policies. However, Solar PV deployment slowed after that, partly because the country’s ten-year energy plan approved in March 2002 and called for an expansion of nuclear generation by approximately 30% by 2011.

Japan latest FiT scheme was launched on July 1, 2012, with a rate of ¥40 per kWh, excluding taxes, for 20 years and for systems with a power over 10 kW. Since the introduction of the FiT, Japan has seen a remarkable increase in installations of PV systems, from small residential rooftop projects with a capacity up to 10 kilowatts (kW), to large Mega-solar PV power plants with an output of several megawatts. METI has been reducing progressively the tariff every fiscal year to reflect lower equipment and construction costs.

The new FiT was published last March, 2014, and will apply to all Photovoltaic projects that secure approval in fiscal year 2014 (until March 31, 2015). Electricity generated by photovoltaic power systems for households customers (10 kW or less) will receive a FiT of ¥37 per kWh, excluding taxes, for 20 years. Other than households systems (above 10 kW) will get ¥32 per kWh, excluding taxes, for a purchase period of 20 years.

Japan installed 6,273 MW of Solar Capacity through its Feed-in-Tariff (FiT) program between April 1, 2013 and February 28, 2014, according to the latest statistics from the Japanese Ministry of Economy, Trade and Industry (METI). Of that amount, 19.5%, that is 1,221 MW was represented by residential Photovoltaic (PV) Systems, while 5,052 MW came from large-scale PV power plants.

Japan is the world’s fourth largest energy consumer and its cumulative installed PV power reached 13,546 MW as February 28, 2014, placing the country in the top five ranking for countries with the most solar PV installed. About 49% of that amount was other than households PV systems, confirming the growing of the Mega-solar plants. The average daily solar insolation is about 4.3 to 4.8 kWh/m². 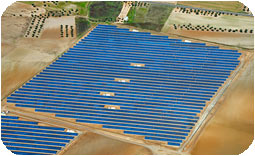 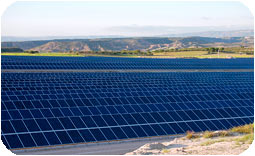 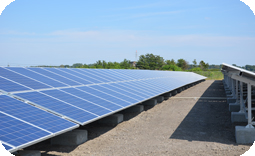